In the mid aughts, I followed a tip given by a friend – the late Daniel Denk – regarding so-called scanner cameras. Being one who loves to try difficult things, and, finding myself excited by the exotic looking images the camera produces, I built one, then another such Frankencamera.

The scanner photograph offers an image, which, in addition to being inherently three dimensional, reveals the fourth dimension in a unique way. Each ‘exposure’ occurs over a number of minutes, or as little as one minute. The opposite ends of the image are captured at entirely different moments in time, not all at once as in a ‘typical’ photograph.  The featured image above has not been ‘photoshopped’ except to adjust tonal value, and came out of the camera looking just as it is now.

Over the last decade, I’ve exhibited images made with this camera in New Zealand, New York, Colorado and California. (See my site AltDigital.net for more details.)

Having never been much of  a technical photographer, working with this camera has given me an appreciation for the camera as a machine. I may now combine the skills of painting, drawing, and composition (seeing, really) with the steely gaze of this hefty box, the results being odd and otherworldly, yet still somehow accurate. 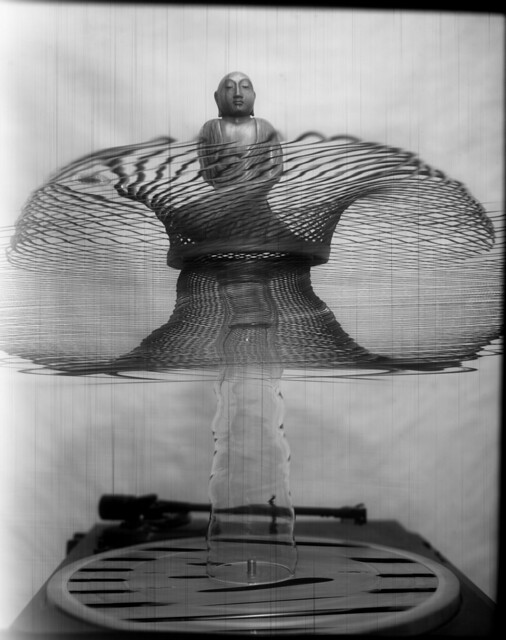 Available for sale at Lulu, my book showcasing in glorious print, a selection of my scanner photos. Check it out!

Painter, designer (print and digital) since the twentieth century. Exhibited around the world.

View all of Beau's posts.